As I mentioned in Part I, my wife, Janet, and I are convinced that only a long-term ministry strategy of partnership and collaboration in Philadelphia can bear fruit that remains within the communities and among the faith leaders of the city. Here’s Part II of our efforts to see this happen with Dr. Ernest McNear, an African American Pentecostal bishop and pastor of a mid-sized inner city congregation.

Over the next decade the Lord began to knit our hearts together. Although we came from very different backgrounds, we were compelled by the Holy Spirit to work on very common concerns.

The first real fruit of our collaboration was the creation of a reintegration ministry made up of more than 60 congregations called the Kingdom Care Reentry Network (KCRN). Providing coordinating and support functions along with reentry programs in the prison, KCRN became the largest reentry network in the city.

During one event we sponsored a U.S. Marshal’s program known as Fugitive Safe Surrender. This is an opportunity for people with outstanding arrest warrants on nonviolent charges to voluntarily turn themselves in through the secure sanctuary of a church.

After almost a year of vision casting and preparation, Pastor McNear’s church, True Gospel Tabernacle, was transformed into a fully functioning external Criminal Justice Center with four courtrooms for the judges, clerks and lawyers, 10 intake stations for parole officers, metal detectors at every entrance, sheriff’s deputies providing transportation, and many social service agencies welcoming people who could now access the help they needed without fear of arrest.

By the end of the week, 1,249 fugitives had come in from the shadows, receiving either a dismissed case or a new court date to deal with their original charges. Most left the church with expressions of joy and thanks for having been given a second chance to redeem themselves.

Here is one commentary we received after the event: “I am a senior administrator at the Adult Probation Department . . . I have worked here for 34 years and have seen a lot. I did go to your church last Friday morning to see what it was about. I was moved to tears. I was aghast at what I saw. The system set up there was a highly functioning microcosm of the entire criminal justice system….

“This was the practice of our profession in its highest form. It was humbling to see offenders cry with joy because they could walk out of your church without the millstone tied around their neck . . . this is a great thing you have done. It required no small amount of perseverance, but is its own reward. Those who proselytize about the separation of church and state should have been there too.”

In every community there are a variety of such opportunities to expand the Kingdom through practical ministry. How might our partnership inspire you to respond to the needs—and advance the Gospel of Jesus and His Kingdom—in your community? 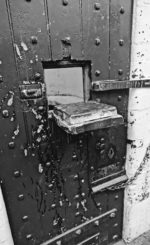 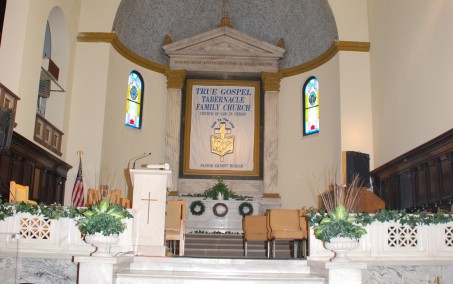 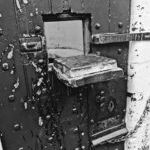 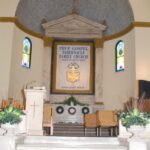 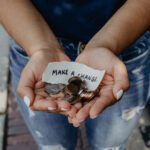